In the program ‘Ad Fontes: Back to the sources’, the sources are studied that the founder of the Goldschmeding Foundation adopted when founding Randstad and that also form the basis of the Foundation. The book ‘To know, to serve, to trust’ is the reflection of a search for a people-oriented business in the 21st century. Former entrepreneur and CEO Frits Goldschmeding held conversations with several academics about the sources of his thinking about people, work and economy. 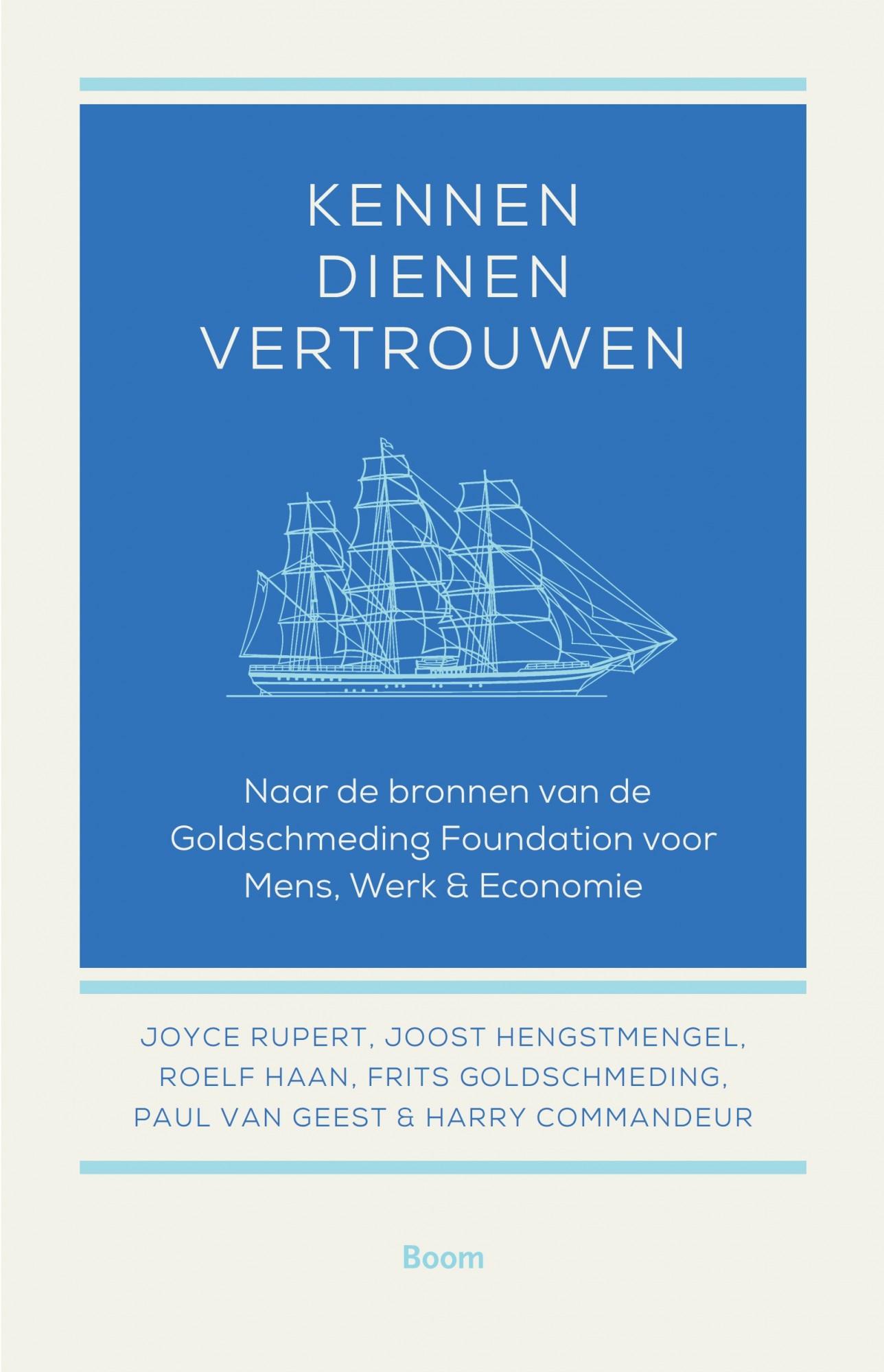 Time and again the central question was: how to achieve a people-oriented economy? The outcome of the conversations are three basic principles. Firstly, a people-oriented company looks explicitly to the interests of its employees and other stakeholders and not particularly to the interests of the owner or shareholders. Secondly, the Platonic and Christian concept of agapè (caritas or love) is at the heart of the business. Agapè underlies the concept of to know, to serve and to trust people in society. Lastly, a people-oriented company is committed to pursue perfection in an imperfect world. Frits Goldschmeding is best known as the founder of Randstad, the second largest recruitment agency in the world.

Authors
Joyce Rupert teaches change management at the University of Groningen business school. Joost Hengstmengel is a postdoc at the theological faculty of Tilburg University. Roelf Haan was professor at the Vrije Universiteit and director of IKON. Frits Goldschmeding is founder and director of Randstad. Paul van Geest is Professor of Church History and History of Theology at Tilburg University. Harry Commandeur is professor of industrial economics and business at Erasmus University.

‘Kennen, dienen, vertrouwen’ is published by Boom in collaboration with the Goldschmeding Foundation.